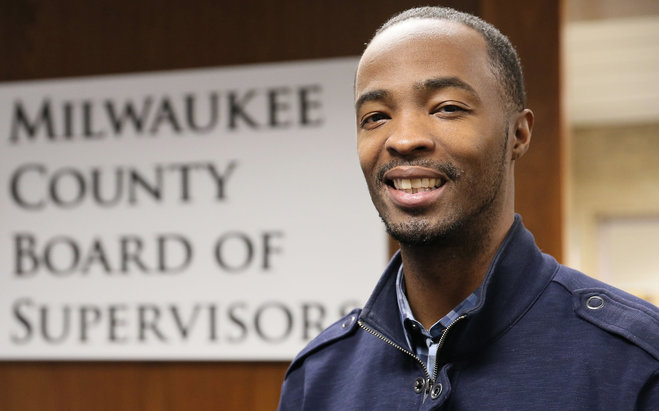 By Don Behm of the Journal Sentinel

From the Milwaukee, Wisconsin Journal Sentinel

“Chess allowed me an opportunity to travel the state and the country,” Weddle said. He won an individual state championship in 1997 as a senior at James Madison High School.

A summer chess program at parks in low-income neighborhoods would provide an opportunity for city youths to learn chess skills and strategies, and boost their chances of success in life, according to Weddle.

“The game enhances critical thinking,” a necessary tool in navigating through life, he said. In studies sponsored by the U.S. Chess Trust, participation in chess enhances problem-solving skills, concentration, creativity and intellectual maturity, Weddle says in his resolution to establish the program.

Weddle estimates it would cost less than $10,000 this year to provide two tables with built-in chess boards at each of the five parks along with game pieces. His resolution encourages the parks and recreation department to seek private donations to help pay the start-up expenses.

Weddle will make his next move on March 26 when he asks the County Board to approve the study. Parks staff have indicated they could complete the study by May and begin a search for coaches and mentors, he said.

If Weddle wins this match, the parks department would invite youths in kindergarten through eighth grade to learn the game at nearby parks and possibly compete in tournaments.

He is a relative newcomer to the County Board, after he won a special election in November to fill the vacant District 5 seat.

Weddle said he learned how to play chess in the 10th grade at James Madison. After he started regularly winning against then-Principal Willie Jude Sr., Weddle gained confidence to enter tournaments.

“Once I started playing chess, I really enjoyed it, and I want to give other kids that opportunity,” he said.

Though Weddle no longer plays competitively, he coaches chess at the Journey House youth center on Milwaukee’s south side. Weddle also coaches sports there and tutors children with their school assignments.

When asked about his favorite move to start a match, Weddle did not hesitate to name the classic “English opening” if he has the white pieces.

In this opening, a flank pawn moves out to influence play at the center of the board.

City youth, he said, will have to attend class if they want to learn how to counter that move, protect their king and improve test scores in school.

Please visit the Journal Sentinel to see the original article.