“World Chess Hall of Fame and Museum Celebrates Chess at Sundance, Supports Debut of Bobby Fischer Against the World” 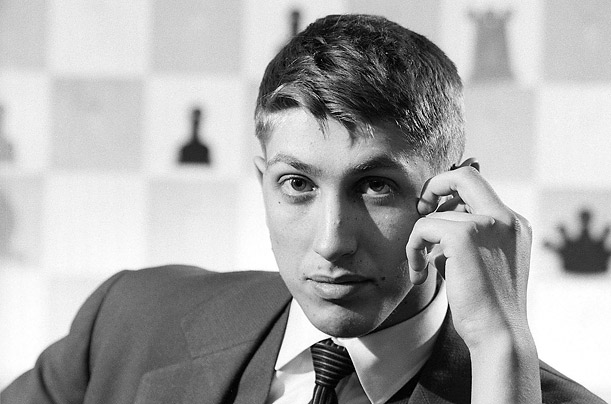 The U.S. Chess Trust’s Support for the World Chess Hall of Fame and Museum

The U.S. Chess Trust’s support for the World Chess Hall of Fame dates all the way back to its establishment in New Windsor, NY, when current Trustee E. Stephen Doyle was President of the United States Chess Federation.

Now, Trustee Rex Sinquefield has been instrumental in facilitating the World Chess Hall of Fame’s move to Saint Louis, which is scheduled to be completed later this year.

All of the U.S. Chess Trust trustees are proud to have our association with the World Chess Hall of Fame, and we are excited that some of its exhibits will be on display at Sundance.

Click Here for “Bobby Fischer Against the World” film information and schedule.

“World Chess Hall of Fame and Museum Celebrates Chess at Sundance, Supports Debut of Bobby Fischer Against the World”

ST. LOUIS, Jan. 20, 2011 /PRNewswire/ — To support the premiere of Liz Garbus’ highly-anticipated HBO Documentary Film, Bobby Fischer Against the World, debuting at the Sundance Film Festival this week, the World Chess Hall of Fame and Museum will bring chess to the Park City spotlight and celebrate the game’s rich historical and cultural impact on society.

Following the film’s debut, the World Chess Museum will host a special gallery event showcasing an array of 25 original, limited-edition Bobby Fischer photographs shot by renowned Scottish photojournalist, Harry Benson. The photos are exclusively featured in the documentary and will be on display at the Thomas Kearns McCarthey Gallery. The exhibit is free and will be open to the public during the Festival, January 20 – 22, 11 a.m. – 9 p.m. and January 23 – 24, 11 a.m. – 7 p.m.

“We are very proud to support the debut of this film at the Sundance Film Festival to create some well-deserved excitement for chess,” says Susan Barrett, Director of the World Chess Hall of Fame and Museum. “We want to let people know they don’t have to be an expert player to appreciate how the game has impacted our culture, and that they can learn more by visiting the museum when it opens.”

In addition to the film debut, four notable Chess Grandmasters will be on-hand throughout the Festival offering one-on-one tips and playing chess with passers-by, including local Utah chess students and Garbus. Grandmasters on site include:

The World Chess Museum will open in St. Louis this September and feature a variety of exhibits, historical background on the game and an opportunity to further the growing popularity of chess.

Bobby Fischer Against the World is directed and produced by Garbus, and is featured on the Documentary Premieres section at the 2011 Sundance Film Festival. The film explores the complex life of the troubled genius whose charisma and talent spurred a worldwide fascination with the “game of kings.” Fischer’s evolution from childhood to chess prodigy, global superstar, angry recluse and finally fugitive from the law is a spellbinding story of the making and unmaking of an American icon.

The film will debut on Friday, January 21 at 11:30 a.m. at the Park City Library. There will be a reception to follow with Benson, Garbus and the four Chess Grandmasters from 1:30 to 3:30pm at the Thomas Kearns McCarthey Gallery.

“Like the film’s subject, chess has risen to the foreground of pop culture,” says Garbus. “Many children, teens and adults play chess, whether at their leisure, in a club or professionally – it is great to showcase the game and one of the true chess icons here at Sundance.”

For more information, visit the Chess Hall of Fame and Museum on Facebook, www.WorldChessMuseum.org and www.SaintLouisChessClub.org.

About the World Chess Hall of Fame and Museum

In September 2011, St. Louis will continue to celebrate the great game of chess with the opening of the World Chess Hall of Fame and Museum directly across the street from the Chess Club and Scholastic Center of Saint Louis. They chose St. Louis due to the success and growing international reputation of the city’s recently opened Chess Club.

This historic 15,000 square-foot building will feature the U.S. and World Chess Hall of Fame, displays of artifacts from the museum’s permanent collection and temporary exhibitions highlighting the great players, historic games and rich cultural history of chess. The Museum will partner with the Chess Club and Scholastic Center of Saint Louis to provide innovative programming, instruction and outreach to a broad local, national and international audience of both novices and experts alike.

It’s hard to believe that Liz Garbus’ new film, “Bobby Fischer Against The World,” which is showing as part of the Doc Premieres at Sundance before heading to HBO in July, is the first feature-length documentary about the mercurial chess master.

“I think that a full retelling of his life with many of the players coming forward to talk had to happen posthumously,” Garbus told PopcornBiz. “Bobby was so private and a lot of people close to him just didn’t feel comfortable talking about stories that were really part of our collective history, even while he was alive.”   >> READ THE WHOLE ARTICLE AND SEE THE VIDEO CLIPS