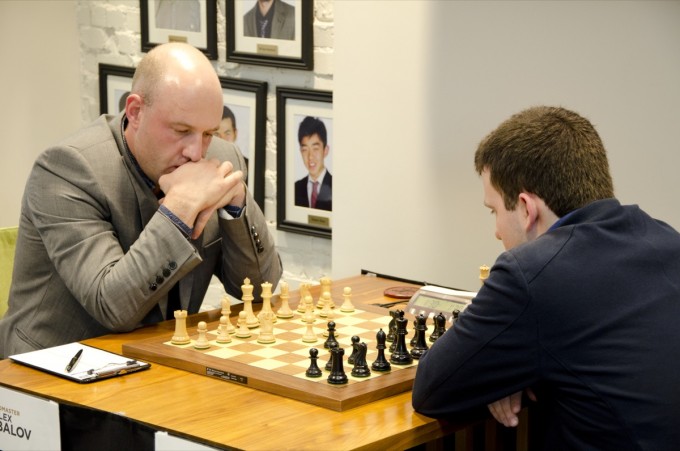 Past the halfway point at the 2011 U.S. Championship and U.S. Women’s Championship, the students are schooling the veterans. After four rounds at the Chess Club and Scholastic Center of Saint Louis, most of the leaders could not tell you what life what like in the 1980s.

Maintaining her lead in the women’s championship, Baltimore college student WGM Sabina Foisor beat WIM Iryna Zenyuk to get to 3.5/4. She survived a scary-looking rook for knight sacrifice to consolidate and win a queen-and-pawn endgame. Afrer being initially worried, Foisor found the winning path and said she “relaxed because at some point I was worse.” Grandmaster Hikaru Nakamura called Foisor his dark-horse pick to win the title. 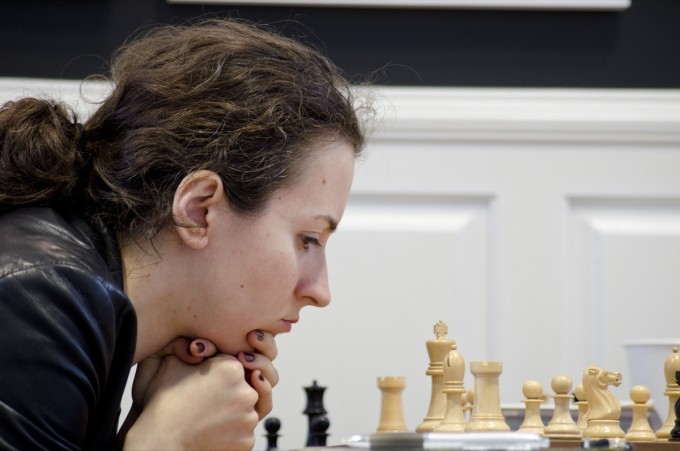 She kept her half-point lead over IM Irina Krush, who won for the third consecutive day, thus becoming the first player in either championship to do so. This time she took out her Olympiad teammate and longtime rival IM Anna Zatonskih. The two have played many times, including at the last half-dozen U.S. Women’s Championships, but this was Krush’s first win ever in their lifetime series. Krush played the rare 8. g4, which was briefly in vogue more than a decade ago, until then-World Champion Garry Kasparov crushed it as Black. Krush unearthed it from obscurity and briefly caused Zatonskih to hold her head in her hands. After a few minutes, Zatonskih eventually found a reasonable reply, only to be edged much later in the game. 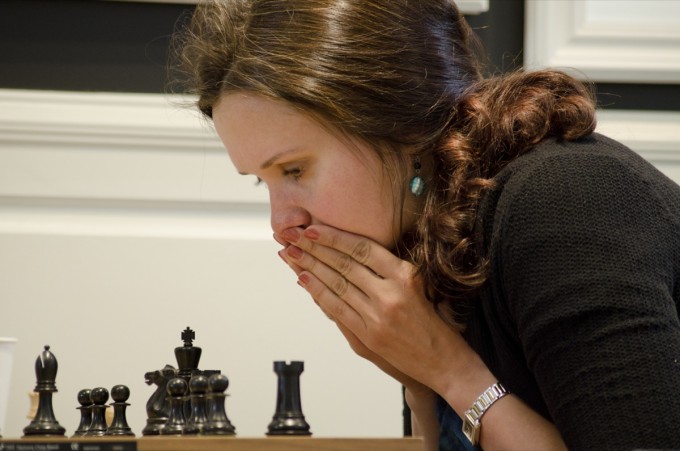 The other two women’s games were also decisive. Just as Foisor and Krush found, the White pieces were for choice this round.

WGM Camilla Baginskaite tore open FM Alisa Melekhina’s kingside to earn the point and get to a plus-one score. WFM Tatev Abrahamyan got to the same score by defeating IM Rusudan Goletiani. Not surprisingly, the four women who won in round four right now hold the four qualifying positions to the semifinals. 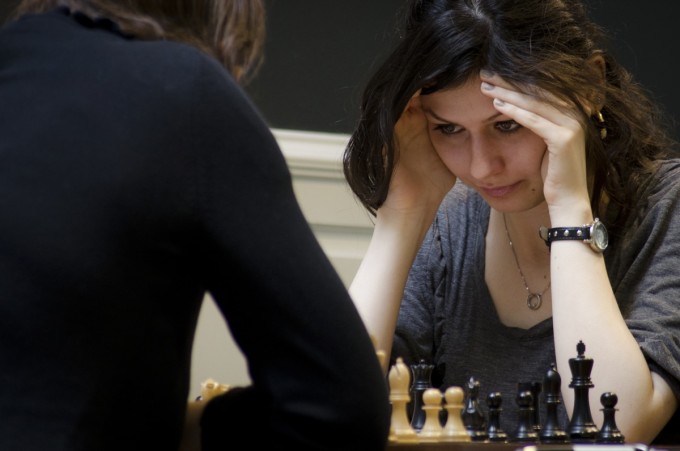 In the U.S. Championship, GM Robert Hess continued his torrid play in Group B. As Black, Hess beat GM Alexander Shabalov to get to plus two and a tie for the lead in his group. “I forgot my preparation and had to think for 20 minutes,” Hess said. “I’ve been playing much better with Black than with White. My coach (GM Miron Sher) told me that I should just ask for seven Blacks.” Hess cannot claim to even be a college student yet. The Samford Chess Fellowship recipient said he will attend Yale in the fall after his gap year ends. “It looks like [Hess] is in good form and confident,” said fellow competitor GM Larry Christiansen.

Hess is level with GM-elect Sam Shankland, who equalized in the easiest way against GM Yasser Seirawan. That game got so dull so quickly that Shankland said Seirawan momentarily forgot the 30-move draw rule and offered one on move 21. Shankland reminded him to play to move 30 and the game was duly drawn when they reached the required number. Shankland said his formation was like an improved Panov-Botvinnik formation, as his light-squared bishop got outside the e-pawn and therefore prevented any attack on h7. He said if Seirawan did not liquidate by exchanging his isolated queen-pawn then he would have been worse. Still, by not gaining any advantage with the move, commentator GM Maurice Ashley said, “This is like giving up,” on the game and the tournament. For his part, Seirawan has remained positive and has stayed after his game every round to chat, analyze and be interviewed.

GM Alexander Onischuk only partially bounced back from his loss yesterday. He drew with GM Gregory Kaidanov but remains one point out of a qualifying spot. Christiansen is still lurking one half-point back, as he could only draw local GM Ben Finegold.

In Group A, the veterans took control. Past champions GM Gata Kamsky and GM Yury Shulman lead the way with three out of four. Both won today. Explaining his opening as Black against GM Jaan Ehlvest, Kamsky said, “I just wanted to develop and not to go into complications right away.” Ashley questioned Ehlvest’s decision to resign so early. “You mean two knights for a rook is not enough?” Kamsky said rhetorically. “These positions are not played at this level. [Ehlvest] used to be a world championship candidate. He knows he will lose and he wants to save his energy.”

GM Ray Robson, leads the teenage brigade in Group A. He won today over GM Alexander Stripunsky’s offbeat opening to get to plus one. Along with Shulman and Kamsky, Robson is the only other player in the group to not have a loss on his card, but he trails them both by a half-point. IM Daniel Naroditsky continued his solid play with this third draw, this one against GM Varuzhan Akobian.

Log on to www.uschesschamps.com tomorrow at 2 p.m. local time, 3 p.m. Eastern, to follow the games of round five live.

Find Round four images at http://saintlouischessclub.org/gallery/us-championships-day-four