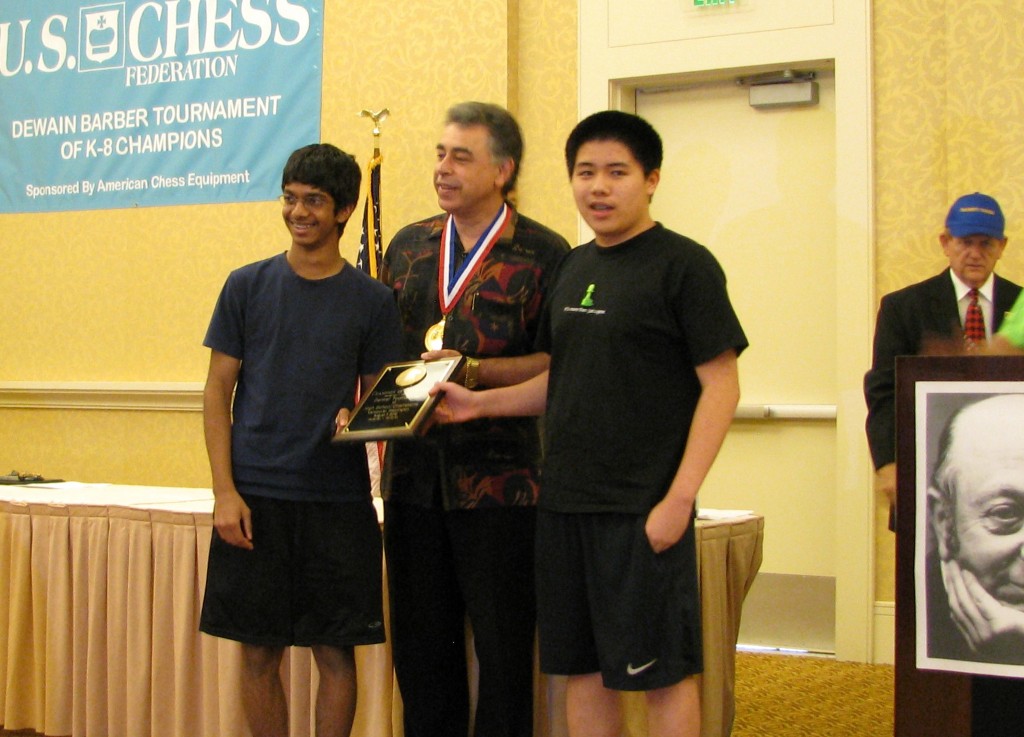 Our congratulations go to Tommy He (TX) for placing clear First in the 2012 Dewain Barber Tournament of K-8 Champions.

I would like to thank GM Yasser Seirawan for attending the Closing Ceremony and presenting awards. This was a record setting year with 47 state affiliates represented.

I would like to thank the U.S. Chess Trust for their support of this event. Our event next year will be in Madison, WI at the next US Open.