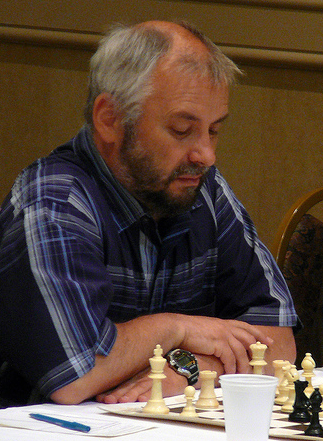 GM Alexander Ivanov wins the 2012 U.S. Senior Open Championship which had a $1,250 prize.  This was Ivanov’s 2nd time winning the U.S. Senior Open, he also won in 2010. Congratulations Alex!

Some of GM Ivanov’s chess highlights include the 2010 U.S. Senior Open Championship, his win at the 1998 Pan-Am Championship and tie for first in the 1995 U.S. Chess Championship.

The U.S. Junior Open had quite a turn out this year. With 305 players participating from all across the United States this was clearly a record breaker in terms of attendance according to the USCF. This event was held in Houston, Texas following the U.S. Senior Open as part of this year’s Summer Chess Festival.

Expert Karthik Ramachandran clearly dominated  the the Under 21 section, finishing with a perfect score of 6-0. What an accomplishment!

Karthik also became a master with this event, sweetening his win. Congratulations Karthik!

At age 15, Sarah Chiang, the highest U16 female in the United States came in 2nd place and bumped up her rating to 2275. Nice boost!

Congratulations to all of the players!