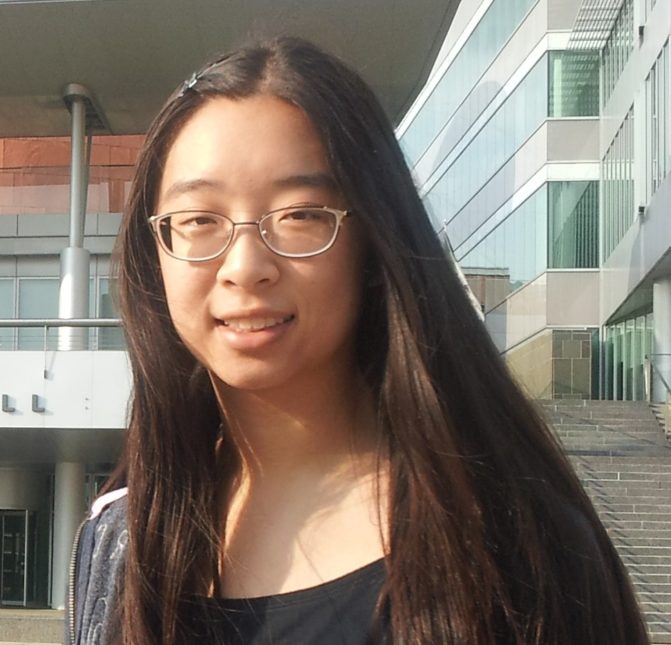 The U.S. Chess Trust is a proud sponsor of this program and would like to congratulate the winners for their outstanding achievement.

The winners were announced at the High School Nationals by U.S. Chess Trust Trustee and FIDE VP, Beatriz Marinello.  This year, 38 eligible candidates applied for the award.  This year’s Scholar Chess Player Awardees are from Florida, California, Colorado and Texas.  There is one High School Senior and 4 four Juniors in the group.

This was an extremely strong field of candidates as the top 15 players ALL had straight As in school, had unbelievably high SAT or ACT scores, and were active in their communities.

The 2015 Scholar-Chessplayer Award winners are (in alphabetical order):

Jackson Chen is a Junior from Broomfield, CO, where he attends Fairview High School.  He is a USCF National Master and also an accomplished mathematician and computer programmer.  In addition Jackson is the Junior Representative to the Colorado Chess Association.

Rachel Gologorsky is a Junior from Miami FL. She is a WFM and has represented the USA in numerous international tournaments.  She also scored a perfect 2400 on her SAT.  Rachel is a Black Belt in the Shori and Goju styles of Combat.  So, you don’t mess with Rachel!!

Simone Liao is a Junior from Agoura Hills, CA, where she attends Westlake High School.  She is a WIM and scored a perfect 2400 on her SAT.  Simone is also an entrepreneur, having founded the Ventura Chess and trained dozens of young players through chess classes and tournaments.

Akshay Malhotra is a Junior from Lewisville, TX.  He is a USCF National Master and will be representing Texas in this Year’s Denker Tournament of High School Champions at the US Open.  Akshay has applied his considerable mathematical skills to neurological research of Alzheimers Disease at the University of Texas Dallas.

Darwin Yang is a senior from Plano, TX.  He is an IM and is a GM-Elect.  He has represented the USA in numerous international events.  Darwin is the reigning High School national champion.  He plans to attend Harvard in the fall.

This program is funded by the US Chess Trust (info@uschesstrust.org), a 501(c)(3) organization and the National Scholastic Chess Foundation (nscfoffice@nscfchess.org).

These annual scholarships awarded by the U.S. Chess Trust, the National Scholastic Chess Foundation, and the USCF, are “intended to recognize and encourage high school junior or senior students who promote a positive image of chess.”
High School students who have shown outstanding merits in academics, sportsmanship and chess were eligible to apply for these scholarships. Five awards of $1,500.00 each (total of $7,500) in scholarship money are awarded.

The United States Chess Federation (USCF), founded in 1939, serves as the governing body for chess in the United States and is now headquartered in Crossville, Tennessee. USCF is devoted to extending the role of chess in American society. It promotes the study and knowledge of the game of chess, for its own sake as an art and enjoyment, and as a means for the improvement of society. The USCF is a not-for-profit membership organization with over 80,000 members. For additional information on the USCF see: www.uschess.org.

The National Scholastic Chess Foundation (NSCF) is a non-profit foundation organized for educational purposes under section 501(c)(3) of the Internal Revenue Code. The NSCF was created in 1991 as a merger between the Westchester Chess Foundation (founded in 1985) and the Fairfield County Chess Foundation. The Executive Director of the NSCF is FIDE Master Sunil Weeramantry. For additional information on the NSCF see: www.nscfchess.org.