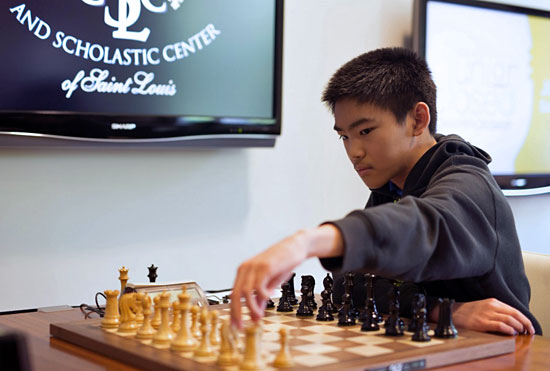 The FRANK P. SAMFORD, JR. CHESS FELLOWSHIP, marking its thirty-first annual award, has selected Grandmaster Jeffery Xiong of Plano, Texas, as its 2017 Fellow. The Samford is the richest and most important chess fellowship in the United States, having awarded over two million dollars in the past three decades. It identifies and assists the best young American chess masters by providing top-level coaching, strong competition and access to study materials. The Fellowship also supplies a monthly stipend for living expenses so that the winners may devote themselves to chess without having financial worries. The total value of the Fellowship has been increased several times over the years and is now $42,000 annually. The prize is awarded for one year and can be renewed for a second year. The new winner’s term begins July 1, 2017.

Sixteen-year-old Jeffery Xiong is the reigning World Junior Champion and is currently the third-ranked player under 21 in the world at 2667 on the January 2017 FIDE rating list. Last year he made an even score in his U.S. Championship debut and won the B group of the Capablanca Memorial.

The Samford Chess Fellowship was created by the late Frank P. Samford, Jr., of Birmingham, Alabama. Mr. Samford was a distinguished attorney and CEO of Liberty National Life Insurance Company (now Torchmark). He was active in civic, business, political, educational and cultural affairs. Mr. Samford was also an enthusiastic competitor in chess tournaments. After providing financial support for several chess projects, he decided to do something significant for American chess. The result was the Samford Fellowship.