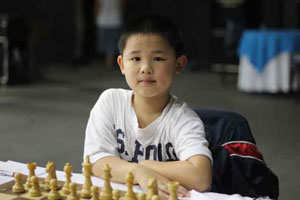 Mark Schein and Aviv Friedman, with the help of the American Chess Academy, are happy to announce their fifth annual scholastic recognition project. We warmly thank our first 4-year collaborator – the US Chess Trust, for their help! The American Chess Academy is a non-profit organization, dedicated to “developing strong US chess talent, and exposing the game of chess to as many neighborhood children as possible”.

The Schein – Friedman project is designed to help some of our younger champions continue to improve and dedicate themselves to chess while offsetting some of the financial expense. The project is designed to reward some top-rated youngsters, and help them become tomorrow’s best players and eventual Grandmasters. These youngsters will be serving as role models and inspiration to the entire scholastic community.

The program is generally designed for youngsters age 7-17. Occasionally, in cases of unusual excellence (considerably exceeding the program’s criterions), applications by players up to age 20 would be considered, but in a lower priority to applicants under age 17.

The scholarships offered for 2012 are:

Applicants must have been US citizens or permanent legal residents for a minimum of 18 months prior to the deadline date (December 22nd for 2012). They must show dedication to chess, talent and accomplishment. They also must exhibit a will to work hard and improve, as well as good sportsmanship and a positive attitude. Applicants must be active tournament players.

The minimum ratings qualification formula is as follows:

All applications should be in the form of an essay, describing the applicant’s chess accomplishments, and why he or she should receive a scholarship. They should be sent via e-mail to Aviv Friedman at avivster@hotmail.com , by December 22nd, 2012.

This year as well, the project will help co-sponsor a chess camp for leading youngsters.