A History of the Samford Fellowship 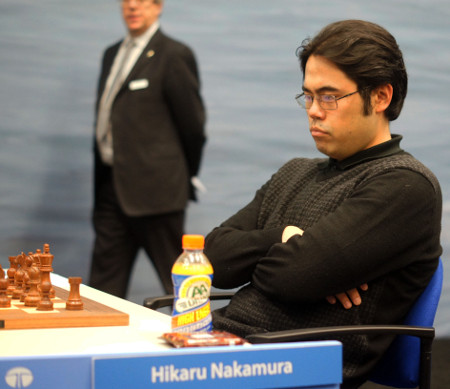 Few if any ideas have had as large an impact on American chess as that of the Samford Chess Fellowship. Conceived by the late Frank P. Samford Jr., the vision was to create world class players who would represent the United States with honor and compete for the highest goals in chess – the title of world champion and winning the gold medal in the Chess Olympiad.

The two goals have not yet been realized but in the 27 year history of the Fellowship much has been accomplished. Some of the highlights include:

Gata Kamsky (Samford Fellow 1994-95) playing a match for the FIDE World Championship with Anatoly Karpov in 1996.

The two female winners of the Fellowship have played key roles on US Womens teams. Rusa Goletiani (2004-05) led the US team to a bronze medal while winning individual gold at the 2008 Dresden Olympiad. Earlier this year Irina Krush (2008-09) turned in a +2600 rating performance in winning the gold medal on first board in the Women’s World Team Championship in Kazakhstan.

The contributions of Fellows have not been confined solely to play over the board. While the goal of the Fellowship is to produce an American World Champion also very important is to establish role models for young chess players to look up to and emulate.

Several Fellows have done exemplary work in promoting chess among our youth. Greg Shahade (1999-2000) founded both the US Chess League and the US Chess School. The former consists of 16 teams from around the country competing online in a three month long season. The team rosters are filled with Grandmasters and International Masters and, due to a rating cap, many of the top young players in the country who gain invaluable experience.

The US Chess School meets several times a year in various locations throughout United States and matches top Grandmasters with the best young players who receive free tuition. The training sessions, which run eight hours a day for five days are intense and provide the necessary framework for the youngsters to compete at the top level

Greg Shahade is not the only Fellow giving back to the chess community. Fellow International Masters David Pruess (2006-07) and Dean Ippolito (1998-99) have also been very active in working with talented youngsters at Chess.Com and Dean of Chess Academy respectively. Grandmaster Varuzhan Akobian (2002-03) is a Grandmaster-in-Residence at the St. Louis Chess Club.

Frank P. Samford Jr of Birmingham Alabama, who founded the Fellowship was a distinguished attorney and CEO of Liberty National Life Insurance Company (now Torchmark).  He was active in civic, business, political, educational and cultural affairs.  Mr. Samford was also an enthusiastic competitor in chess tournaments.

Generous contributions from the late Mrs. Virginia Samford and the Torchmark Corporation support the Fellowship. The Samford Fellowship is a fitting memorial to an extraordinary man. The dedication, creativity and achievement that marked Mr. Frank P. Samford, Jr.’s life are examples for all chessplayers to admire and emulate.

The author would be remiss if he did not mention the invaluable role of Allen Kaufman. The secretary of the Samford Fellowship Committee for twenty five years, Mr. Kaufman was the one who convinced Mr. Samford that the Fellowship was important in furthering top level play in this country. American chess owes a debt of gratitude to both men.