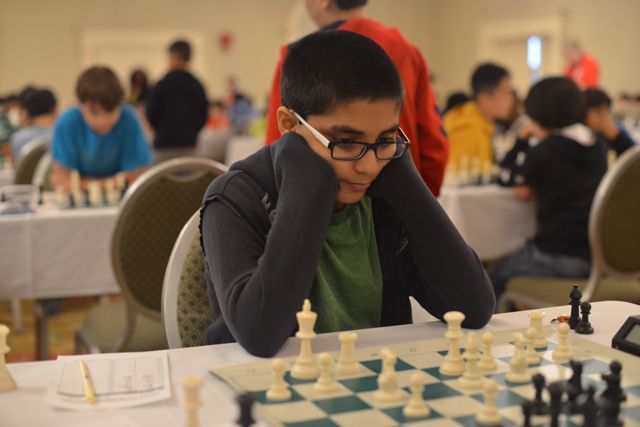 ADVAIT PATEL TOPS A FIELD THAT INCLUDED EIGHT OTHER MASTERS

Advait Patel (WV) won the 2014 Barber Tournament of K-8 Champions with a clear first of 5/6. The participants included a record nine Masters.

There was a four way tie for second through fifth place each scoring 4.5/6 led by Angel Hernandez-Camen (PA), Bovey Liu (TX), Joshua Sheng (CA-S), and Michael Chen(MI). Tournament results can be found at: http://www.alchess.com/chess/14/usopen/?page=STANDINGS&xsection=barber

This year for the first time a competition was organized among the states. The scores of each state’s Denker, Barber and NGIT representative were combined to identify the state team score.

A special thanks to Dewain Barber for providing Barber Tournament results.