Caruana Puts a Spell on Vachier-Lagrave to Reach 7-0 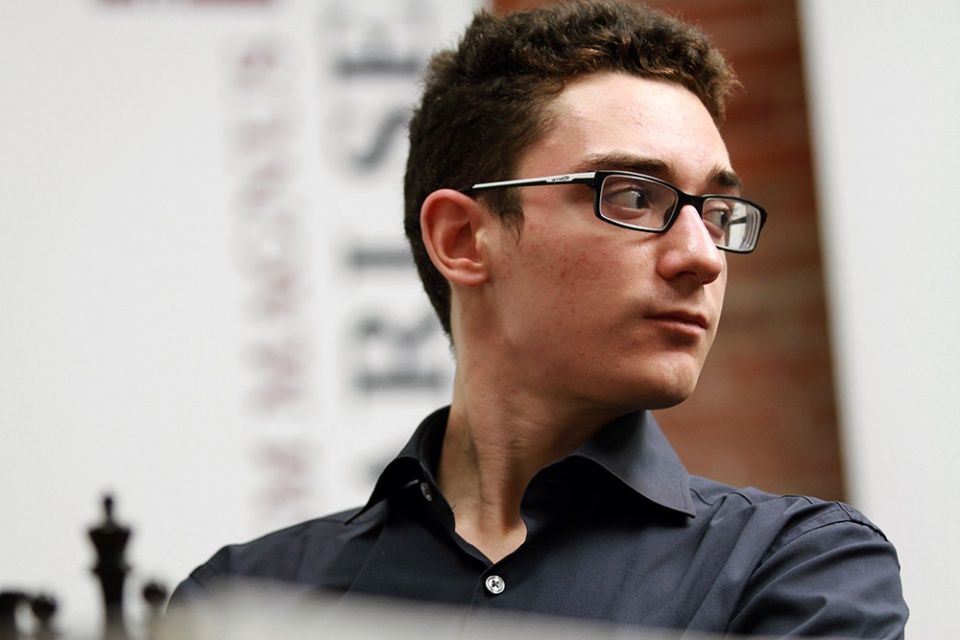 GM Fabiano Caruana has been perfect in Saint Louis and is now on the brink of clinching the $100,000 top prize of the 2014 Sinquefield Cup.

“Fabulous Fabiano Caruana beat a seemingly hypnotized GM Maxime Vachier-Lagrave on Wednesday, extending his winning streak to seven and continuing his incredible domination of the highest-rated tournament in history.

“It keeps getting weirder,” said the 22-year-old Italian. “I played a solid line, and then I just took over – it happened so suddenly.”

Vachier-Lagrave had lost only one game with White in more than a year, and Caruana admitted that, when he chose a solid line of the Queen’s Gambit Declined, he would have been very satisfied to have finished the day with a draw.

Vachier-Lagrave’s combination of 6.Rc1 and 7.c5 was unusual but, after 7…Ne4, Caruana managed to steer the game back into lines similar to those he had prepared.

After Caruana’s 15…Qg4!, intending 16.dxe5 Nxf2!, white was in trouble. After Vachier-Lagrave missed the ingenious defensive idea 17.f4! Nf3+ 18.Rxf3 Qxf3 19.dxe5 Qxe3 20.Qd4 – suggested by Carlsen at his post-game analysis session at Lester’s Sports Bar, next door to the host venue Chess Club and Scholastic Center of Saint Louis – White was soon a pawn down with nothing to show for it.

The rest of the game was agony for Vachier-Lagrave, with Caruana’s 23…b6! and 24…c5! winning more material.”