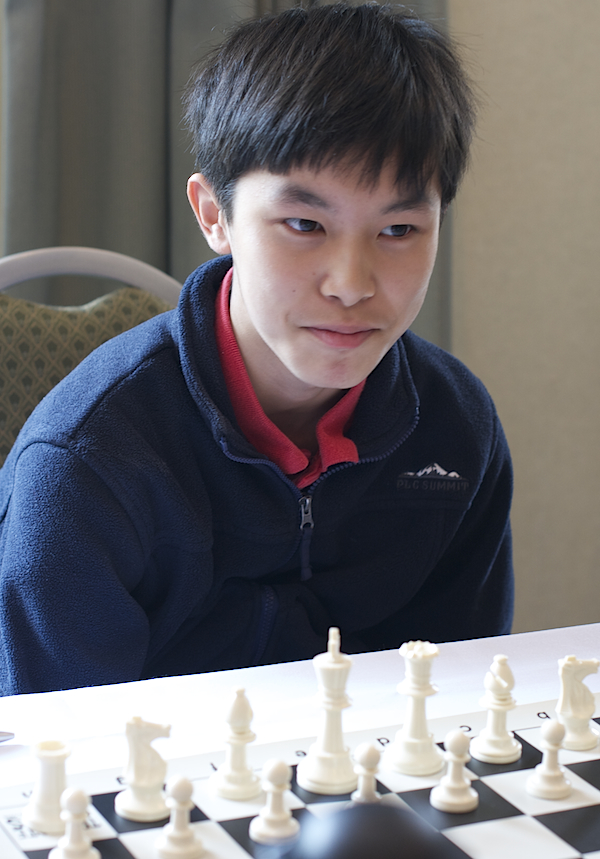 The U.S. Chess Trust is a proud sponsor of the Denker Tournament of High School Champions. Congratulations Christopher Gu!

Christopher Gu (RI) with clear first of 5.5/6 in the 30th Annual GM Arnold Denker Tournament of High School Champions took the University of Texas at Dallas, four year scholarship with a fine performance against a very strong field. The participants included four Senior Masters and 12 Masters. It was a big challenge to reach higher than 5/6.

Edward Song (MI) was the clear second place finisher with a score of 5/6. There was a three way tie for third through fifth place, each scoring 4.5/6 led by Nicky Korba (CA-S), Christopher Wu (NJ) and Joshua Colas (NY). Tournament results can be found at: http://www.alchess.com/chess/14/usopen/?page=&xsection=denker

This year for the first time a competition was organized among the states. The scores of each state’s Denker, Barber and NGIT representative were combined to identify the state team score.

A special thanks to Dewain Barber for providing Denker results.