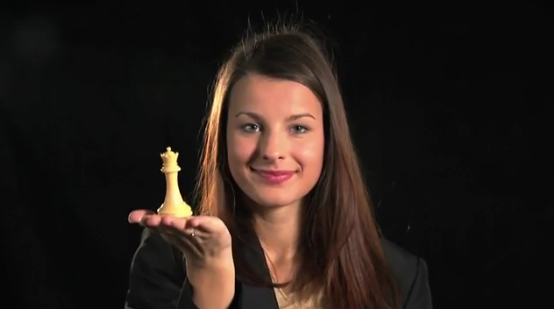 “The Denker Tournament of High School Champions is proud to announce that the University of Texas at Dallas (UTD) has once again given a scholarship to be awarded to the winner of the 2012 Denker tournament. Check out the video (above) of the UTD Chess Team. This will give you a look into what UTD is all about and what players can expect when they attend UTD.”

The U.S. Chess Trust is a Proud Sponsor of this tournament!!

We look forward to this coming event!

Below are the complete details for the 2012 Denker Tournament.

The “Denker” is considered a prestigious event held in memory of Grandmaster Arnold Denker who helped found it and who helped support it financially for over 20 years. Scholarships totaling $2,200 are now awarded to the top five finishers, through the generosity of GM Denker’s son, Mitchell, the U.S. Chess Trust and the National Scholastic Chess Foundation.

Each state shall be allowed one Representative as determined by the USCF State Affiliate (Denker Nomination Form). Alternates may be substituted as the official Representative. If there are an uneven number of entrants in the tournament, the Chairman of the Denker Committee will allow the host state to enter an additional qualified player. The additional player is eligible for prize monies, and the UTD Scholarship. Should the USCF state affiliate fail to respond to the notice for this tournament by June 15, the Denker Chairman may determine the candidate from that state. Representatives must be residents of the state they are representing.

All players including home schooled students must be under the age of 20 on September 1 of the year in which the tournament is held. They must have been enrolled in at least [3] high school courses, during the previous spring using the 9th through 12th grade curriculum. The Representative may not be listed as a full-time student at any college. Proof of eligibility shall be the responsibility of the players and the USCF state official certifying the Representative or Alternate.

The Opening Ceremony and 6-round Swiss will consist of the following dates and times:

This playing schedule is especially convenient, because it allows players an opportunity to participate in the US Open. This is possible because you can now enter the US Open upon completion of the Denker. Please note that the USCF Delegates voted to provide a 50% entry fee (based on the lowest entry fee) for all Denker participants who choose to enter the US Open after the Denker is concluded.

The Denker Tournament of High School Champions is proud to announce that the University of Texas at Dallas (UTD) has once again given a scholarship to be awarded to the winner of the 2012 Denker tournament. This scholarship covers complete cost of tuition and mandatory fees through eight semesters (four years) of enrollment. In addition, the Chess II Scholarship provides a $1500 per semester contribution toward rental expenses incurred at university on-campus housing. The Chess Program Scholarship guidelines apply with regard to GPA requirements and probation. The scholarship is valued at $68,000 for an out-of-state student. UTD has been a leader in the promotion of Scholastic Chess for many years. You can see their campus and chess program at the following locations: www.utdallas.edu and www.chess.utdallas.edu/.

Also check out the video (above) of the UTD Chess Team. This will give you a look into what UTD is all about and what players can expect when they attend UTD. The eligible winner, decided by tie-breaks, must meet UTD entry requirements and have been in grades 9-11 during the previous spring.

Mitchell Denker, The U.S. Chess Trust and the National Scholastic Chess Foundation will award a total of $2200 in Scholarships (1st place: $800, 2nd place $500, 3rd place $300, 4th place $300 and 5th place $300). Scholarships are designated for college expenses and will be sent to winners only upon proof of college enrollment (copies of paid bills, or official letters, etc.) by the Chess Trust. In some cases, prizes will be held in escrow pending receipt of paper documentation. Each participant will receive a Gold Medallion provided by American Chess Equipment, Inc.

There will also be a $500 Ursula Foster scholarship awarded by the Chess Trust to the highest finisher who is under the age of 16 on the first day of the tournament. If less than two participants are under 16, then the scholarship will go to the top participant under 17. Two or more players must be in the lowest age qualified group.

Expense money: Through the generosity of Mitchell Denker, each participant including the alternate will receive a minimum of $100 to help defray travel expenses, plus a share of the remaining funds after tournament expenses. Expense money will be paid in check or cash at the conclusion of the event. A proportion of a player’s expense money will be withheld for each forfeited game. Players expelled from the tournament, or who withdraw without contacting the Tournament Director forfeit all expense money.

Travel & Accommodations: Players are responsible for their own travel and accommodations. Players sharing rooms should make their arrangements carefully, as neither the USCF nor the tournament is responsible for any consequences arising from such arrangements. Please note that registration in a hotel room will require a person 18 years of age or older to be present.

Contact Information: Each player must provide the Denker Co-Chair with a phone number of a parent or other responsible adult in case of an emergency.