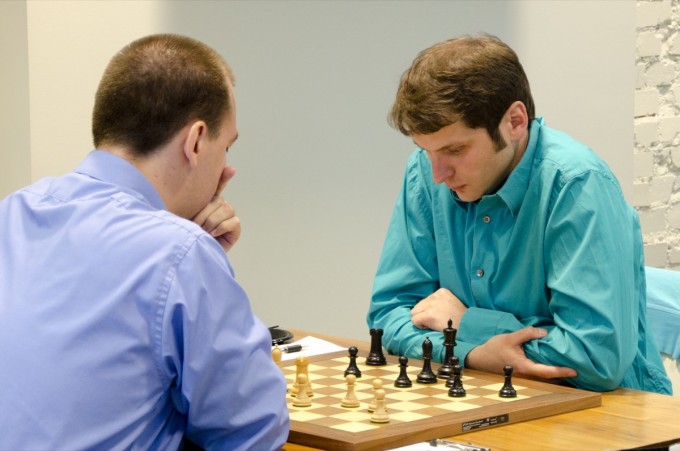 At the 2011 U.S. Championship, the defending champion took a large step Tuesday toward repeating his title. GM Gata Kamsky unearthed a win from seemingly infertile ground against GM Yury Shulman in the first game of their two-game title match. Shulman will take White tomorrow and has to win to extend the match into a Thursday playoff. 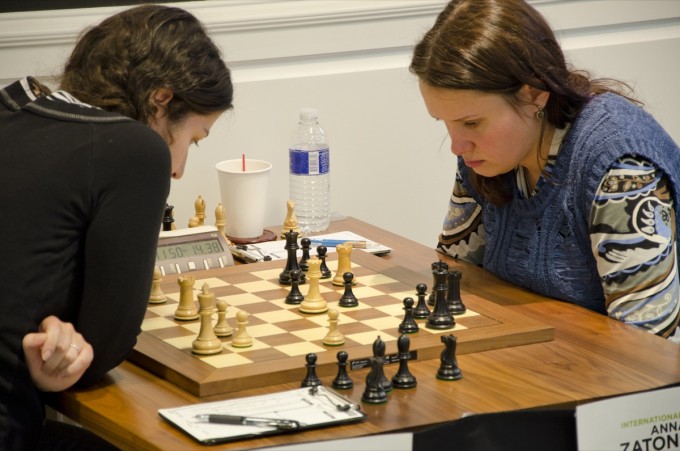 In the U.S. Women’s Championship, WFM Tatev Abrahamyan took White and played much sharper, but in the end she had to bail out into a draw against IM Anna Zatonskih. Tomorrow colors will reverse and any decisive game will produce an automatic champion.

Kamsky’s game seemed headed for placid equality until Shulman started experimenting on the kingside. After 32…f5, Kamsky said he began to have thoughts of playing for a win. The sequence of pawn exchanges three moves later confirmed his decision to keep fighting. “After he took twice on g4, I thought it was already unpleasant for Black,” Kamsky said. “Before that it was equal. He helped me a lot – self-destruction.” 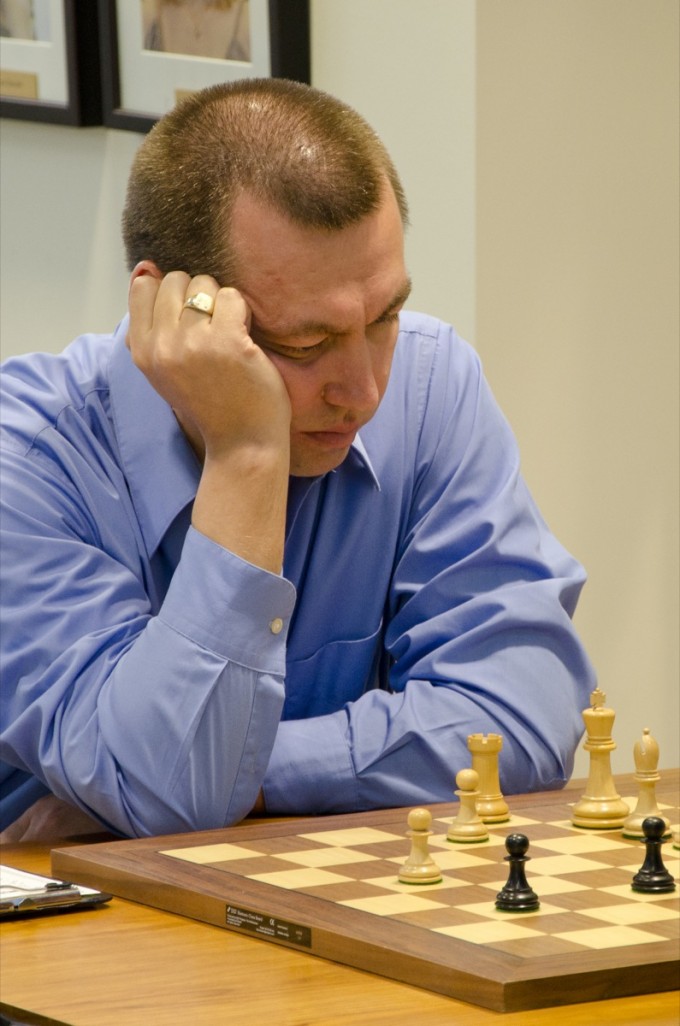 Later, Kamsky found the nifty rook retreat 45. Rd8+ and 46. Rd3. This forced Shulman to exchange rooks and the resulting bishop-and-pawn endgame made the task even easier. After White’s 58th move, Shulman saw no way to stop the passed a-pawn and he duly resigned.

For the women’s tournament, Abrahamyan entered the finals as large underdog. She played unrestrained chess – sacrificing a pawn at the outset and then employing a sideline variation. Zatonskih thought for 15 minutes, then made a trade and tried all game to try to consolidate her extra pawn. With grandmasters in the audience preferring Zatonskih’s material advantage, Abrahamyan kept up the pressure and eventually engineered a three-fold repetition of position and the split point.

Afterward, Zatonskih learned that GM Daniel Friedman, her husband who was watching the game online, found the winning tactic 23…fxe5 24. Nxe5 d4! The discovered attack on her opponent’s centralized knight would have netted Zatonskih an extra piece. “Oh my god!” Zatonskih said as she learned of the opportunity. “Unbelievable.” 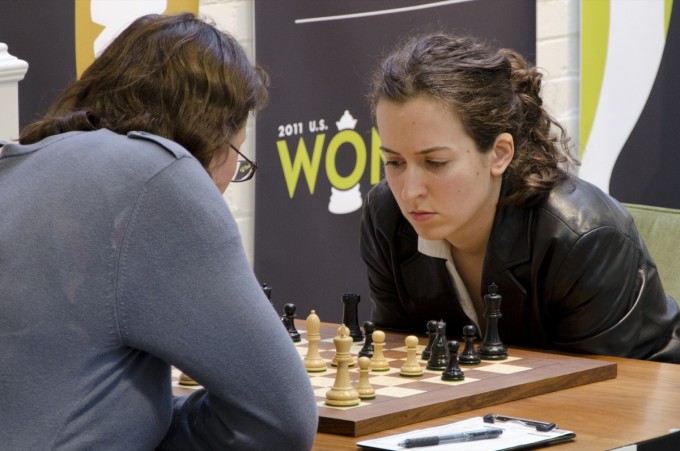 In the third-place matches, IM Irina Krush took a better position from beginning to end. Her opponent, WGM Camilla Baginskaite, played an awkward queen maneuver early and Krush slowly punished the idea. Baginskaite’s attempt at counterplay only resulted in the weakening of her own position and Krush soon earned the win. Krush will only need a draw tomorrow to secure third place. “All the stress went away yesterday,” Krush said, referring to her lengthy match loss to Zatonskih.

GM-elect Sam Shankland matched up with his peer GM Robert Hess for third place in the U.S. Championship. Shankland had the advantage of coming off a rest day, but it was not enough to get the better of Hess. A weak c-pawn could have become a target for Shankland to attack, but the plan never came to fruition and in the end he had to play a series of careful moves to ensure a draw. “I’d rather be in the final, but I’d also rather not be at home,” Shankland said. The two will play again tomorrow with Hess having White. The winner will take third.

If either third-place match requires a tiebreak, it will be a one game Armageddon bidding match, with White getting 45 minutes and Black getting draw odds and the lowest bid time. That match will be Wednesday evening. If either championship match requires a tiebreak, it will be played on Thursday at noon local, and will consist of two rapid games followed by an Armageddon G/45 bidding match.