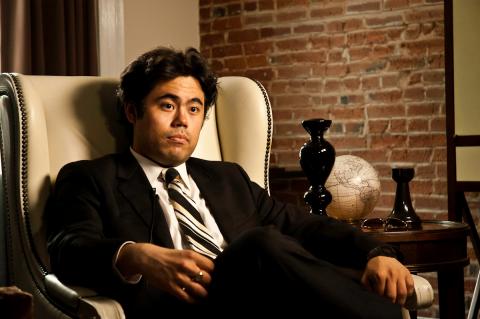 After 11 exhausting days of play at the 2012 U.S. Championships, one champion has been decided, while one will require another day. GM Hikaru Nakamura took 30 moves to beat GM Yasser Seirawan today to become the 2012 U.S. Champion. It is his third title and his first since 2009. IMs Irina Krush and Anna Zatonskih both won also to remain tied for first in the U.S. Women’s Championship. They will play a playoff at noon Central time tomorrow.

“It has been a long two weeks,” Nakamura said. “There’s a lot of pressure to perform. I feel a lot of relief.” Nakamura was the top-seeded player and according to the live ratings list, he has now pushed his rating to 2782.6, a personal best. “If I hadn’t won, I’d be pretty depressed.”

Nakamura reverted back to 1. e4. He used it to win several games earlier in the tournament. Seirawan, a four-time champion, differed from his usual Caro-Kann and played the French Defense. After a 10-minute think, Nakamura unleashed 2. f4 to get the game out of charted waters. Seirawan said later it was new for him.

“This tournament is a tournament of firsts for me,” Seirawan said. “And I’ve never faced f4 before.”

Nakamura’s capture 10. Bxf5 produced a critical moment for his opponent. Since …g6 had just been played on move eight, Nakamura said it was natural to continue by recapturing with the g-pawn. Seirawan did just that, however upon reflection his isolated h-pawn ended up being a liability. Very short on time, Seirawan could not find a defense to the impending discovered checks on the dark-squared long diagonal. He expressed “instant regret” on his choice of which way to capture on f5. “It’s just a totally bad grovel,” Seirawan said.

Nakamura had ideas all over. “He had play on both flanks,” Seirawan said. “My position was in some ways carved in half. I was defending on both wings. My position is like a sieve.”

GM Gata Kamsky, who acquiesced the lead to Nakamura yesterday by losing their head-to-head game, drew against GM Robert Hess to earn clear second place with 7.5/11. GM Alex Onischuk was third with 6.5/11 and tied for fourth were GMs Varuzhan Akobian, Yury Shulman and Alex Lenderman. Shulman’s one win and ten draws makes him the only other undefeated player besides Nakamura.

In the 2012 U.S. Women’s Championship, nothing was gained today by the two leaders. Krush and Zatonskih both won, necessitating a playoff tomorrow for the title. They will play two 25-minute rapid games, one with each color. If the score is tied 1-1, a final Armageddon with clock bidding will ensue.

The two women finished within minutes of each other. Krush won a pawn with the tactic 13…Bb5. Her opponent, WGM Camilla Baginskaite, said she thought her position was worse and that she had to sacrifice her e-pawn for possible counterplay on the e-file. Krush said she barely noticed her rival’s position. “I basically focused on my own game,” she said. “I looked at Anna’s game a few times, but not more than usual.”

Zatonskih admitted to glancing at Krush’s game only once. She said that Krush had won from a worse position earlier in the tournament against IM Rusudan Goletiani, so even if Krush had a bad position today, no result was guaranteed.

Going into Sunday’s playoff, Zatonskih was melancholy of her games. “I’m critical of my own play,” she said. “Maybe it’s age. You cannot play that good every time.”

Both women are undefeated this year, with five wins and four draws, including an uneventful draw against each other in round seven. Since then, both have won two in a row to earn a spot in the playoff. In the past, both women had achieved scores of 8.5/9 at the event. Krush did it in winning the 1998 championship, while Zatonskih did it in 2009.

Goletiani bounced back from last year’s subpar result to finish in clear third place. WIM Viktorija Ni played the longest game of the day, coming back to beat FM Alisa Melekhina to finish in fourth. WGM Sabina Foisor, WGM Tatev Abrahamyan and WIM Iryna Zenyuk all finished with 4.5/9 to tie for fifth. This was the first time Zenyuk has achieved an even score at the championship. Melekhina was sixth, Baginskaite seventh and tournament rookie WFM Alena Kats eighth.

The playoff between Krush and Zatonskih will begin tomorrow at Noon Central, 1 p.m. Eastern. Tune into www.uschesschamps.com to catch live commentary and analysis by GM Ben Finegold and WGM Jen Shahade.

COVID-19 masked and social distancing policies are in effect for in-person attendance.