Out of the Box: Artists Play Chess 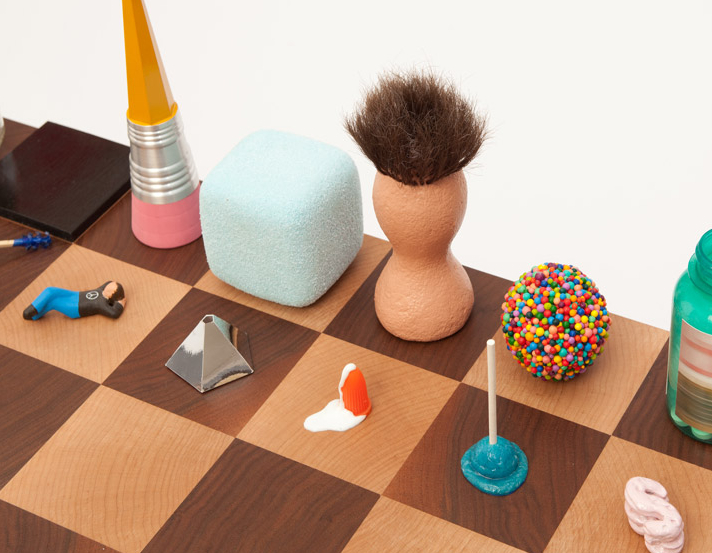 Chess and art have shared a close relationship virtually since the invention of the game.

Throughout the long and rich history of chess, the three-dimensional playing pieces have provided artists and craftsmen with seemingly endless opportunities for creative interpretation and expression, resulting in a tremendous diversity of forms ranging from the representational to the abstract. Within the standardized arrangement of thirty-two pieces on the square grid of the game board, artists have found innumerable ways to challenge expectations with innovative approaches, transforming this timeless and universal game into something novel and even unconventional. While the material aspects of chess, such as the pieces and board, have traditionally been the focus of artistic expression, a number of more recent artists have directed their creative energies not toward the game as a static arrangement of objects, but toward the strategic nature of the chess match as a complex mental process.

OUT OF THE BOX: Artists Play Chess is an exploration of artworks that consider chess both at the formal level and at the level of actual play.

Comprising a wide breadth of media, these artworks demonstrate an integration of chess that goes beyond the visual, incorporating elements of play or strategy that invite the viewer to reflect on the game’s intricate operations. The theme of this exhibition will remind many of the chess-inspired strategic maneuvers of one of the twentieth century’s most respected and controversial artists, Marcel Duchamp (1887-1968), whose intellectual depth, ironic wit, and playful spirit are echoed in the similarly challenging, irreverent, and quixotic works in this gallery. These artworks demonstrate how the nature of the game complicates and enriches static media such as sculpture, or time-based media such as video, and draws the spectator into the work in a way that is truly inimitable to chess.

Works Featured in the Exhibition: 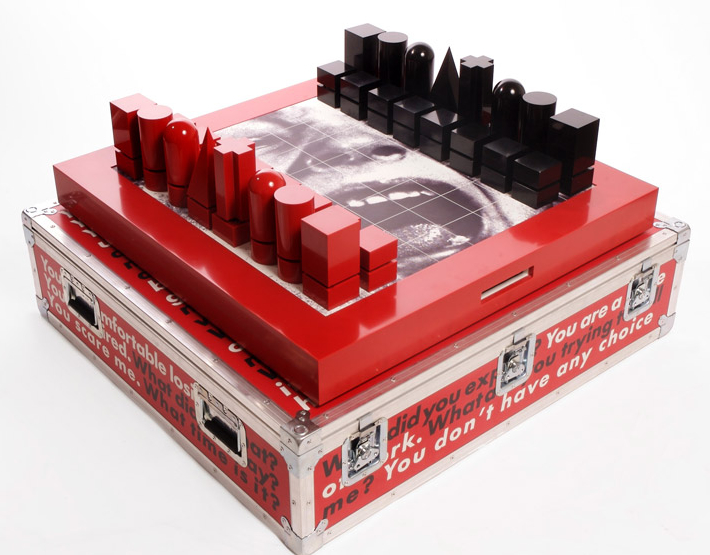 Liliya Lifánova, Anatomy is Destiny, The Wardrobe: Game in Waiting, 2009. Mixed-media installation. Collection of the artist. 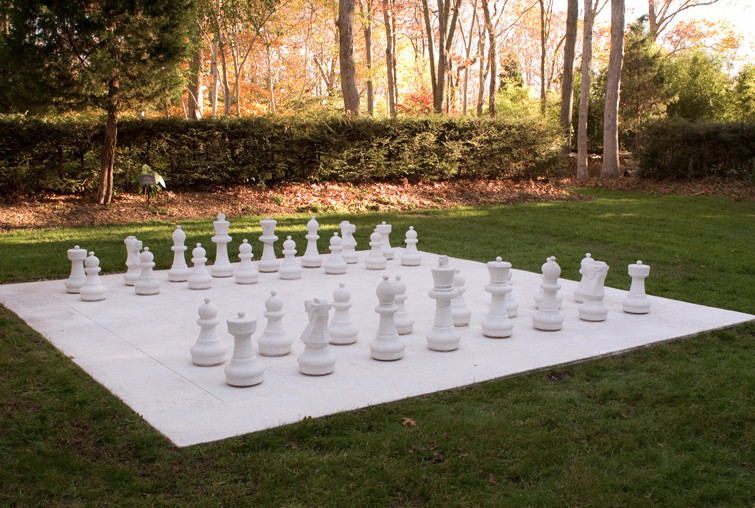 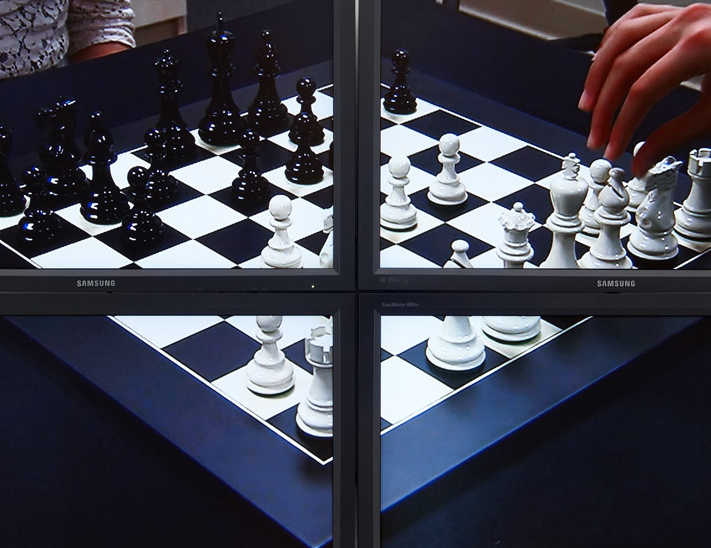 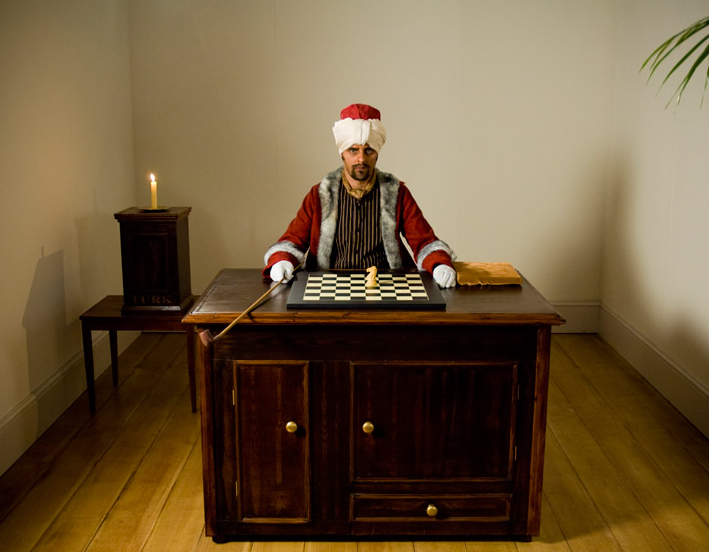 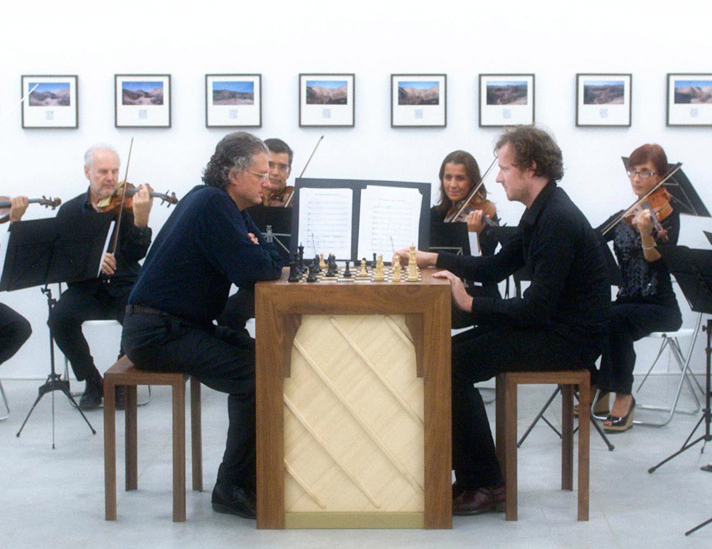 The World Chess Hall of Fame is proud to collaborate with the Contemporary Art Museum St. Louis, the Saint Louis Art Museum and the St. Louis Symphony on this project.

In conjunction with the presentation of Guido van der Werve’s Number Twelve: Variations on a Theme, (the king’s gambit accepted, the number of stars in the sky, and why a piano can’t be tuned, or waiting for an earthquake), the World Chess Hall of Fame has collaborated with the Saint Louis Art Museum and the St. Louis Symphony. Curated by Tricia Y. Paik, assistant curator of modern and contemporary art, Guido van der Werve: Number Twelve: Variations on a Theme is on view at the Saint Louis Art Museum in Gallery 301 from September 9, 2011 through January 8, 2012. This 40-minute film uses the chess piano to create three musical movements accompanied by a string ensemble. The live performance Number Twelve: Chess Piano in Three Movements will be performed on September 13 at 6:00 pm featuring Guido van der Werve, Matthew Bengtson and the Saint Louis Symphony.

For more information about Number Twelve: Variations on a Theme at the Saint Louis Art Museum, visit http://www.slam.org/Exhibitions/nmsvanderwerve.php

Listen to an interview from September 9, 2011 on KWMU with Guido van der Werve, Matthew Bengtson, and WCHOF Director Susan Barrett.

A large-scale version of Yoko Ono’s Play it By Trust (Garden Version), 2011 is on exhibit from September 9 – October 9, 2011 at the Contemporary Art Museum St. Louis as part of their Front Room Series. For more information visit http://www.camstl.org/exhibitions/front-room/yoko-ono-play-it-by-trust/