Question of the Month: Is There Such A Thing As A Chess Player’s High? 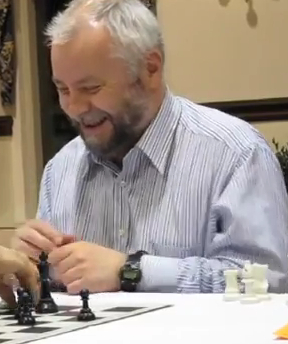 We’ve all heard of the “runner’s high”, which occurs when endorphins are activated by strenuous exercise.

Does something similar happen to chess players?

My friends and I have all reported feeling the “itch” to play.

Are we unknowingly craving a release of endorphins?

We all have experienced that “Aha” moment, when a difficult problem becomes clear.  The solving of a thorny puzzle has always given me a feeling of satisfaction.

Is that feeling endorphin related, or is it something else?

Is basic brain chemistry responsible for those feelings?

What do you think? Send us your comments!

Macauley is a freelance mediamaker focusing on the sport of professional chess. During his time with the Internet Chess Club and Chess.FM (2007-2010), he produced over 300 short films about the sport and was voted 2008 “Chess Journalist of the Year” by the Chess Journalists of America. His written work has appeared in Chess Life, Chess Life Online (U.S.A.), New in Chess (Netherlands), “64” (Russia), Chess (U.K.), Jaque and Peon de Rey (Spain), Schach (Germany), and Torre & Cavallo (Italy).