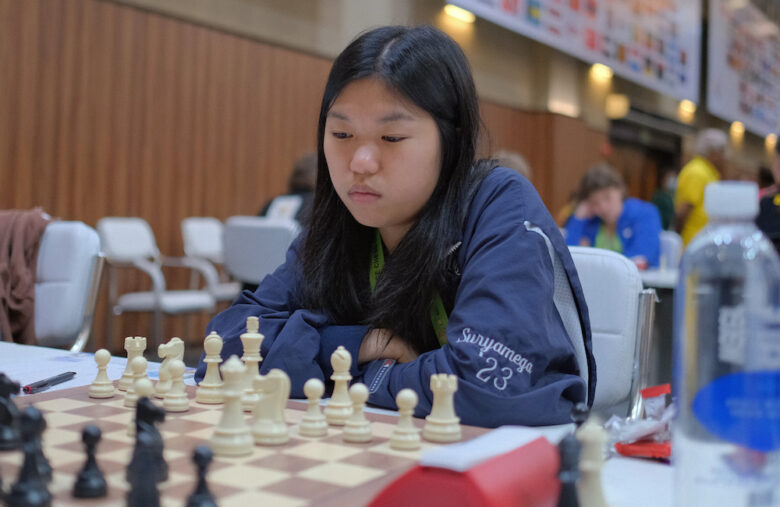 We’re proud of our USA Teams! Thank you for representing our country!

Congratulations to Gold winners in the Open Section – Team Uzbekistan and Women’s Section – Team Ukraine. Our appreciation to India for hosting and organizing the 44th Chess Olympiad.

Team USA is the overwhelming favorite in the Open section with a team with an average rating of 2772, a staggering 75 points more than second-seeded hosts India. While it can be said that two perennial contenders in China and Russia are not present this time and a few teams that are normally in have been weakened by players deciding not to come to Chennai, the facts show that USA has always been the main contender for Gold in recent years.

In the last two Olympiads played over the board, pre global COVID-19 pandemic, USA were champions in 2016, and took silver in 2018.

A team of world championship contenders Fabiano Caruana, World No. 4 who narrowly lost a world championship match to Carlsen, Levon Aronian, World No.5, the superstar and previous leader of Armenian chess who had led them to three Olympiad victories in 2006, 2008 and 2012, and a prodigious talent from the Philippines in World No. 6 Wesley So. Completing the line-up is former Cuban No. 1 Leiner Dominguez Perez, World No. 15 and home-grown Sam Shankland, World No. 26. Team USA will once again be captained by FIDE Senior Trainer John Donaldson, the winner of the FIDE Trainer Award for 2020, and who is on record as saying that even in the absence of another World Championship contender Hikaru Nakamura, World No. 11, this in is the strongest ever USA team he has worked with in 14 Olympiads!

GM Wesley So (2016 Samford Fellow) a two time US Champion (2017, 2021) and former chess prodigy who became the youngest player to pass the 2600 threshold in October 2008, breaking the record previously held by Magnus Carlsen. He represented the US in the 2016 Olympiad, winning team gold and individual gold on board three.

GM Irina Krush (2008 Samford Fellow) is the highest rated female in the United States, winning the U.S. Women’s Championship seven times! She has represented the USA in the 2002, 2004 and 2008 Chess Olympiads.

IM Carissa Yip (2020, 2021, 2022 Samford Fellow) is one of the top female chess players in America. Known for her creativity over the board, Yip has been breaking records ever since she learned how to play the chess from her father at age 6. At age 9, she became the youngest ever female to reach the Expert level. She broke the record for youngest female to earn the National Master title at the age of 11 years, 5 months, and 18 days.