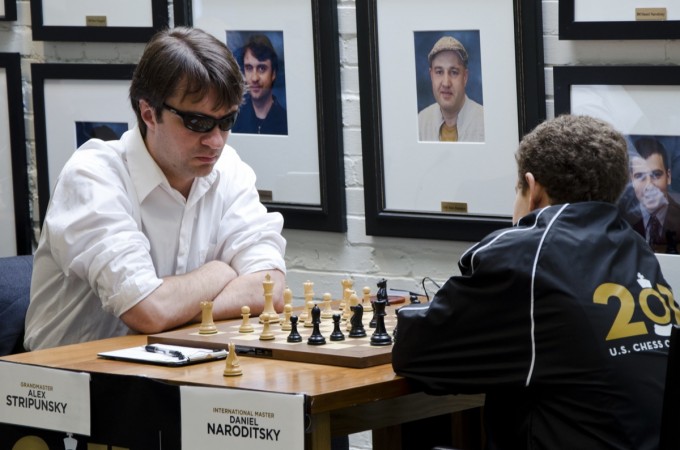 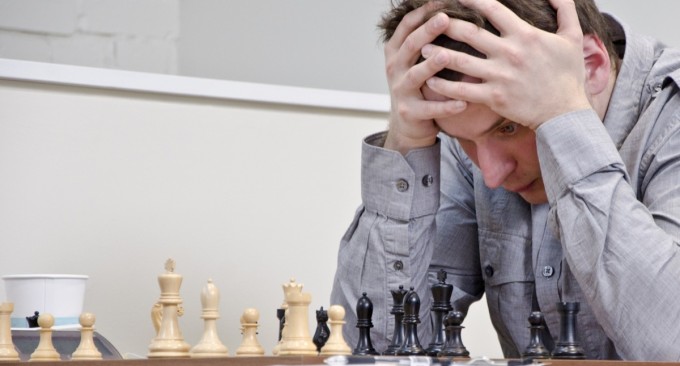 The final round of preliminary group play of the 2011 U.S. Championship and U.S. Women’s Championship concluded Thursday with only a partial picture of the semifinals. Some players advanced in round seven while others will have to endure a rapid-game playoff Friday.

GM Gata Kamsky and GM Yury Shulman, the reigning champion and the past champion, played a short draw to preserve their advancement. The two players were the highest seeds in Group A. Kamsky’s half-point got him to 5/7 and guaranteed his graduation. Shulman, who admitted to being nervous before the game, now sat on an undefeated 4.5/7, but he had to wait to make sure GM Alex Ivanov did not win. 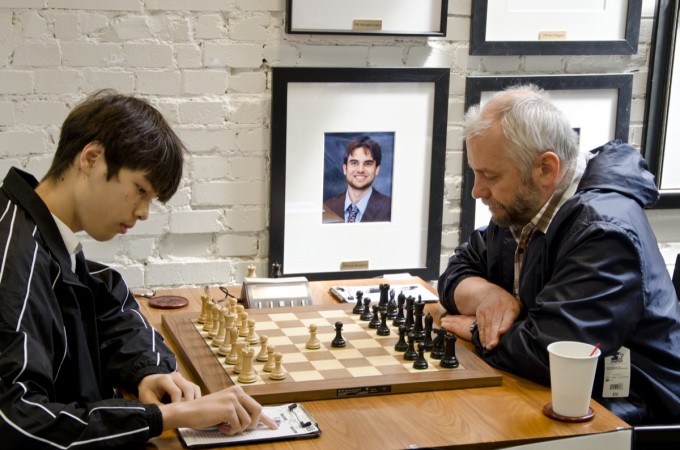 A few hours later GM Ray Robson dispatched Ivanov in a complex king-and-pawn ending to nullify the need for a tiebreak. Robson’s win pushed him to 4/7 and sole third place in the group, but as with all the non-qualifiers, his tournament ended today.

Although the position was relatively static and equal, the Kamsky-Shulman game did not go the required 30 moves before the draw was agreed. International Arbiter Carol Jarecki allowed the agreement when Kamsky complained of an acute illness. “It was her decision to make, whether to make an exception or not,” Shulman said. No update was available on Kamsky’s condition as he left the club immediately following the game.

In Group A, GM Robert Hess’ four-game winning streak ended, but his draw against GM Yasser Seirawan was more disappointing for his opponent. Hess had already guaranteed first place in his group, whereas Seirawan needed to win to have any chance of creeping into a tiebreak. The tiebreak will still occur, as GM Alexander Onischuk and GM-elect Sam Shankland had already agreed to peace. Onischuk and Shankland essentially delayed their fates for only a day. The pair will play a two-game playoff tomorrow while Hess and Shulman will enjoy their rest day and Kamsky will have a free day to convalesce. Seirawan’s draw nets him 3.5/7. The even score seems justified given his erratic form in his first tournament in eight years. For his part, Shankland was relieved he would only be in a two-person playoff. “I hope [Hess] will hold,” Shankland said. “I don’t want to deal with Yasser.” 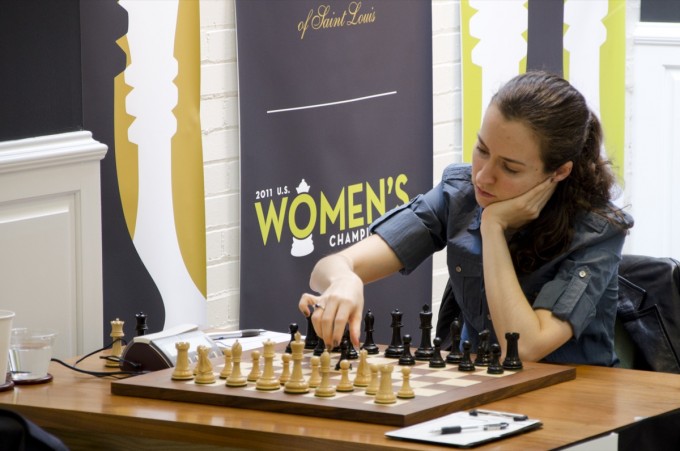 In the U.S. Women’s Championship, IM Irina Krush’s win streak also ended, but like Hess, it barely affected her tournament standing. Her draw against WGM Camilla Baginskaite earned them both invitations to the semifinals. Krush wins the top seed with her 5.5/7 score and a $1,000 prize bonus.

All attention then focused on IM Anna Zatonskih’s improbable tournament comeback. She won again today, beating WGM Sabina Foisor, to pull even with her at 4/7. The two will play a two-game tiebreak tomorrow in the same format as the U.S. Championship – two rapid games with 25-minute time control (with five-second delay), to be followed by an Armageddon match if needed. 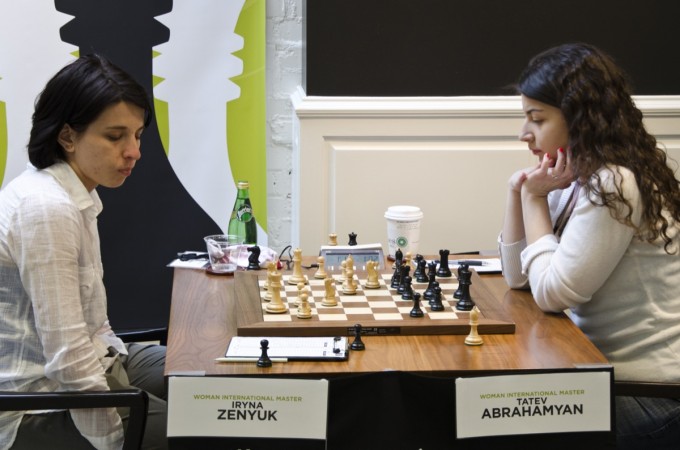 WFM Tatev Abrahamyan nearly had to join Zatonskih and Foisor in the tiebreak, but she narrowly escaped with a draw against WIM Iryna Zenyuk. Abrahamyan thus goes through to the semis with a tie for second place with Baginskaite The two will split the $600 second-place preliminary stage bonus.

All players who did not qualify for the semifinals have the option of staying in St. Louis for the duration of the tournament. Some will do so to play in the $10,000 blitz tournament on Monday, while others will just take the time to be fans of their the club and the tournament.