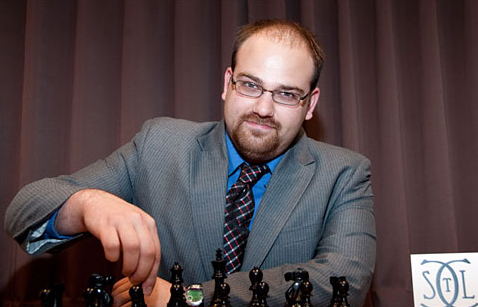 The 2013 US Open was won by Josh Friedel of Wisconsin. He won in a play off with Julio Sadorra of Texas, and Mackenzie Molner of Arizona, who each finished with 8 points. Friedel’s victory was perhaps appropriate, since the Open was held just outside of Madison in Wisconsin.

In the Open you can choose to play any one of three different schedules. There is a four day, a six day, and what is called the traditional schedule. Fewer days means you play more games each day, until the schedules finally merge at the end of the tournament.

I just happened to notice that all three finalists played in the traditional schedule. The question is: Does one schedule give you a competitive advantage over another?

I looked at the results of the 2012 US Open, which was held in Vancouver, Washington. It also ended in a three-way playoff between players finishing with 8 points. All three of those players also competed in the traditional schedule.

Perhaps the pace of one game a day at traditional time controls produces the best results. The down side, of course, is that it costs more to stay longer at these events.

Which would you prefer?