The Chess Files: What is the optimal amount of time for a serious game of chess? 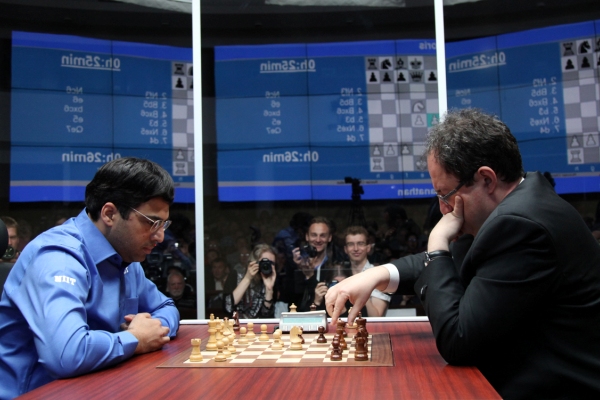 The US Game/30 and Game/60 Championships were held in Pleasanton earlier this month. In the former event each player gets 30 minutes for the entire game, while in the latter they get 60 minutes. You run out of time and you forfeit the game. The Championships were organized by Salman Azhar, and were directed by John McCumiskey and Tom Langland.

What is the optimal amount of time for serious game of chess? When I began playing in tournaments it was standard to have 2 ½ hours for 40 moves, and an hour for the next 20. Every time you completed 20 moves you were given another hour. This was referred to as the time control. Five hour games were routine, and in the US, we would often play two rounds in the same day! Eating and sleeping properly became logistically challenging.

Eventually, the initial time limit was reduced from 2 ½ hours to two for the first forty moves. The thinking was that this would shorten the games by about an hour on average. You would think the players would’ve welcomed this change, but many of them complained that it was destroying the quality of the games, by forcing players to move faster.

With the development of digital chess clocks, it became possible to give a small amount of time for every completed move. This meant that you could keep playing as long as you liked, as long as you kept moving quickly. This caused most games to be completed in five hours or less, but there were howls of protest!

Younger players, who grew up with the new rules, generally had no such complaints. They were used to moving quickly and accurately! Older players would either have to adapt, see their results suffer, or drop out entirely. There is still some grumbling, but most of it has died down. The fact is that today’s players can produce high quality chess games at almost any speed.

If you don’t like a certain time control, you can always organize an event yourself. Or, better yet, get Salman Azhar to do it for you!

I had the white pieces in the position below. Black probably expected me to capture his rook in b3, but White has a far stronger continuation. 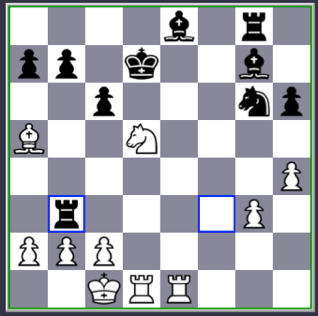 1.Nf6+ forces mate. Because, the black king is in check by both the rook on d1 and the knight on f6, it must move. It’s only legal move would be to play 1…Kc8, which would allow 2. Rd8#. Checking the king with two pieces simultaneously is called “double check” and it can be one of the most powerful maneuvers in chess.