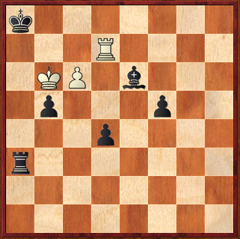 The Chess Olympiads (the world’s most prestigious team tournament) is going on this month in Istanbul. One of the most improbable participants is a teen aged girl from Katwe, one of the slums near Kampala, Uganda. Her story is told in the “Queen of Katwe” by Tim Crothers (Scribner, October, 2012) and if you can read it without crying, I will be surprised.

She is Phiona Mutesi, whose world revolved around not the pursuit of happiness, but the pursuit of a single meal a day. The crushing poverty and sheer cruelty of her daily existence is nearly unimaginable, although Crothers does a first rate job of forcing you to try. Could chess possibly make a difference in her life? The answer is an unqualified yes.

Robert Katende escaped those same slums through a combination of faith and soccer. He returned to them as an adult in order to make a difference in those children’s lives. They came more for the free bowl of porridge then for anything else, but they came, and some of them stayed. Robert knew he needed more than soccer to hold on to these children and he began to teach them chess.

A handful of the kids took to the game, and one of them was Phiona’s brother. She followed him one day, and learned the moves from a girl less than half her age. To the astonishment of all, she began winning championships even when playing against the “big girls.” In 2010, she travelled to Siberia to play in her first Olympiad. Before chess, she had never been in a car let alone an airplane.

Yes, chess can transform people’s lives, but the real story is Phiona’s and Katende’s. The girl who became a champion, and the man who made it out, but chose to go back and make a difference.

Phiona had the White pieces in this position from one of her games in the 2011 Uganda Championship.

Notice how the White king is sheltered from checks by the Black rook by Black’s pawn on b5. White threatens checkmate with 1. Rd8#. If Black captures the rook, 1…Bxd7, White simply plays cxd7 and Black cannot prevent White from getting a new queen on d8.