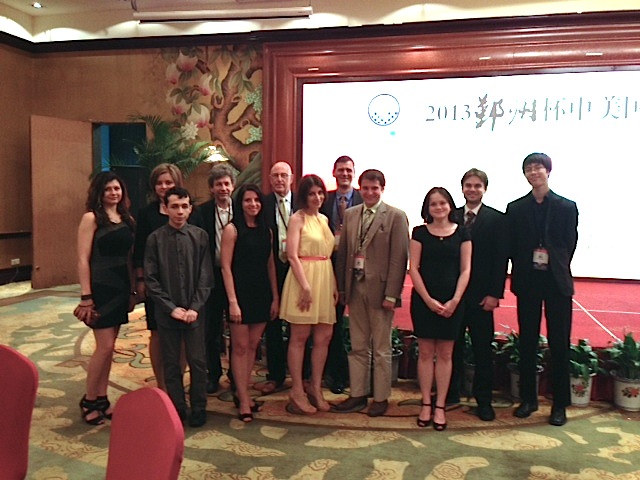 Beatriz Marinello helped arrange the match and IM John Donaldson selected the members of the teams. The Marshall Chess Club of New York City managed and coordinated the event and sent its Executive Director, Dr. Marcus Fenner, as Head of Delegation and Stuart Chagrin, its President, as Captain.

Each member of the men’s USA team will play one slow game and two rapid games against each Chinese player for a total of 15 games. The women’s match follows the same format.

The matches will be contested at the spectacular New Century Grand Hotel in Ningbo. The elaborate and festive opening ceremony and banquet was held on Thursday, July 18 and the first slow game will be on July 19.

All games are available at http://sports.sina.com.cn/go/chesslive.html . Live transmission starts at 2 a.m. EST.

US Chess and the US Chess Trust announce the five recipients of the 2020 Scholar-Chessplayer Awards....
See it on Facebook
·Share