Webster University Wins the Final Four of Chess. The U.S. Chess Trust is a Proud Sponsor. 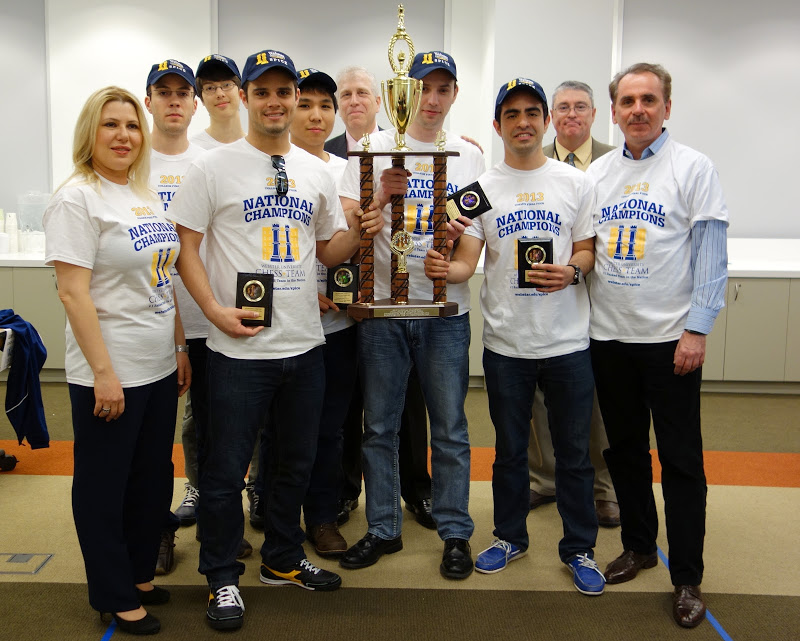 The U.S. Chess Trust is a proud sponsor of this event!

When I represented the University of Massachusetts in the 1975 Pan-Am Intercollegiate Championships, the idea of attending college on a chess scholarship seemed like a pipe dream.

Now, rival schools must recruit fiercely to attract the best players to their programs.

The Trust is a proud sponsor of what has become the ultimate in collegiate chess competition: The Final Four.

Congratulations to the Webster University team!

The ‘Final Four’ of Collegiate Chess, a two-day Round Robin tournament that determines the National Champion of College Chess team was held from April 6-7, 2013 in Rockville, Md.

Each team consisted of 4 players, Webster and UT Dallas had 4 grandmasters on their teams, while UMBC only had two grandmasters. Webster University and UT Dallas were the clear runners for the title after UMBC scored only 2.5 points for the first two rounds on Saturday.

The U.S. Chess Trust is proud to sponsor the ‘Final Four’ and many other events in the United States.  We are very honored to be a part of this event and happy to support these young grandmasters.