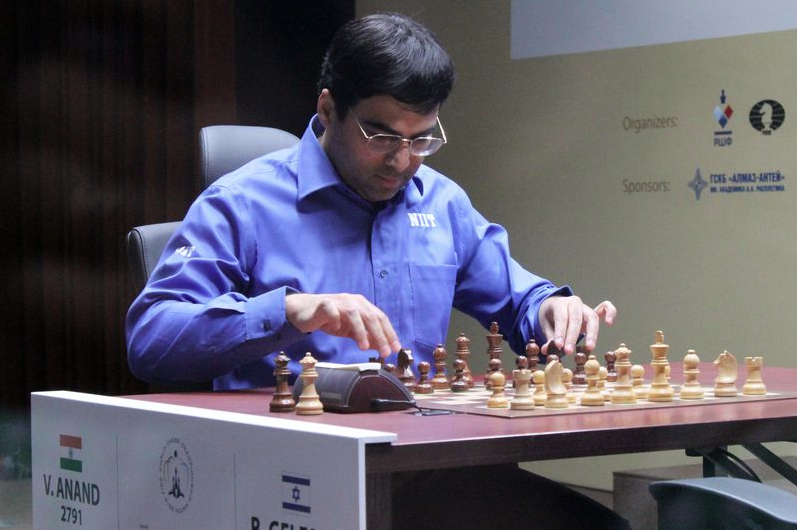 12 games with classical time control ended in a draw 6:6, so the Champion was determined during the tie-break. Players had to play four games with the control of 25 minutes till the end with an increment of 10 seconds after each move.

The struggle was extremely tense and dramatic. The first game was very tough, each side had chances to win, but eventually all the pieces were exchanged and game was drawn.

In the second game Anand, playing white, won a pawn but Black got compensation and was defending precisely. However Boris Gelfand spent too much time and as a result blundered in the endgame. Anand won the second game in 77 moves.

In the third and fourth games Boris Gelfand got very good chances to equalize the score but failed. Viswanathan Anand remains World Chess Champion! The awarding ceremony will be held tomorrow at 4 p.m. at the State Tretyakov Gallery’s Engineering Building. After the ceremony there will be final press-conference with World Champion and officials.

Player’s press conference and photos are available on the match’s official website: http://moscow2012.fide.com