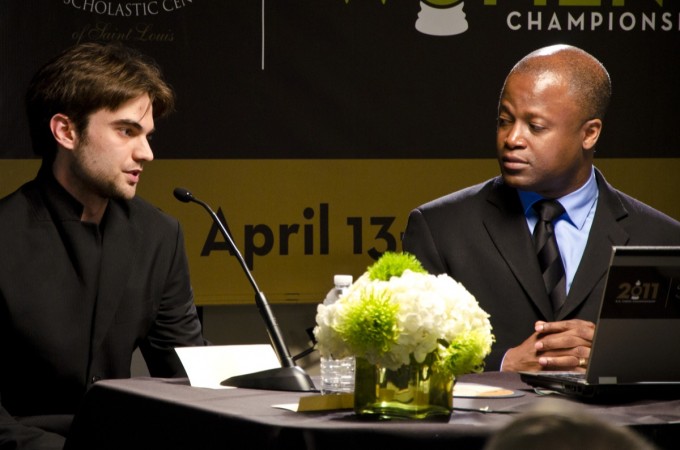 For four players at the U.S. Championship and U.S. Women’s Championship, the rest day was anything but a leisurely day off. Tied after round-robin play, GM Alex Onischuk and GM-elect Sam Shankland faced off for a spot in the semifinals, while IM Anna Zatonskih played WGM Sabina Foisor. Both matches were repeats of round seven, and when the two-game series ended, Shankland upset Onischuk and Zatonskih beat Foisor to advance. 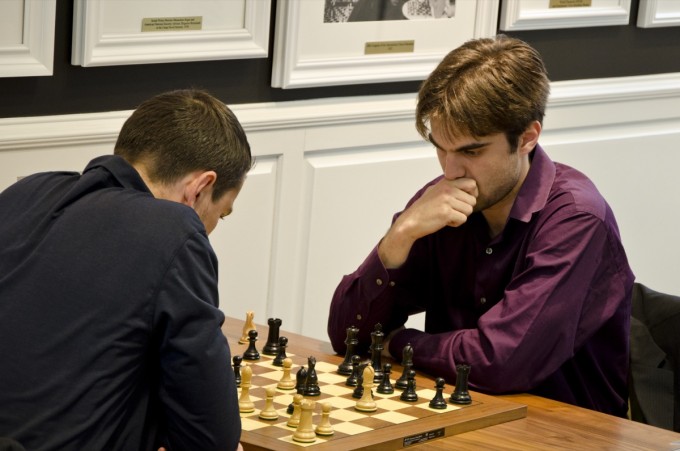 Shankland’s victory over the second highest rated player began with a solid draw as Black in their first game. The game in 25 minutes time control was significantly faster than their previous rounds, which were played under a classical time control. Shankland said going in to the match that the faster the time control, the higher the expected variance in result. He questioned Onischuk’s unfamiliar Nf3. More usual is Qd4, or even Bxc4, both with the idea of regaining the gambited c-pawn. “I don’t know what was going on with his preparation,” Shankland said. The game unfolded into a Caro-Kann via an unnatural move order. Coincidentally, Shankland also played the Caro-Kann as Black against GM Ray Robson when the two had a tiebreak to decide the U.S. Junior Championship. Shankland won that match too, earning him a seat at this year’s U.S. Championship.

In game two, Shankland was given White and Onischuk entered a sharp Nimzo-Indian. Faced with a passive retreat after 24…a6 threatened his knight, Shankland thought for a while and sacrificed the piece for two pawns and complications. He said that after he captured a third pawn that he could no longer be considered worse. Later, Shankland pawn phalanx became unstoppable and Onischuk resigned the game and the match.

In the semifinals, Shankland will receive defending champion GM Gata Kamsky, who already qualified without the need for a tiebreak. “I was four or five years old when Kamsky was playing for the World Championship,” Shankland said. “To be a great player, you have to stand the test of time. He has that and I obviously don’t.” The two have never played a rated game. 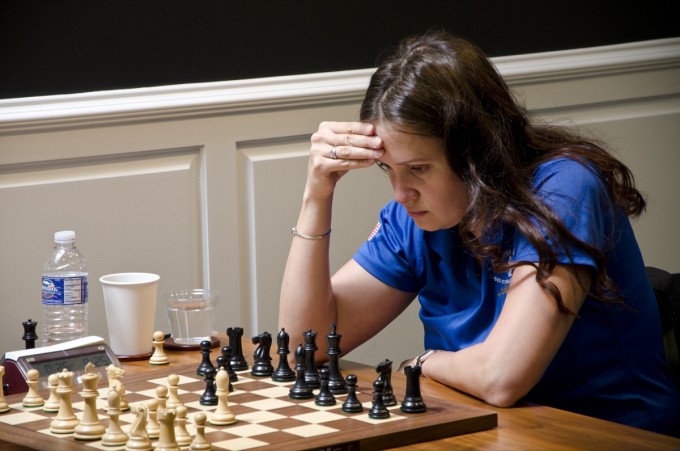 In the U.S. Women’s Championship, Zatonskih’s tournament was all but over three days ago. After losing to her main rival, IM Irina Krush, Zatonskih fell to a minus-one score. She then won her final two games in preliminary play just to enter the playoff. 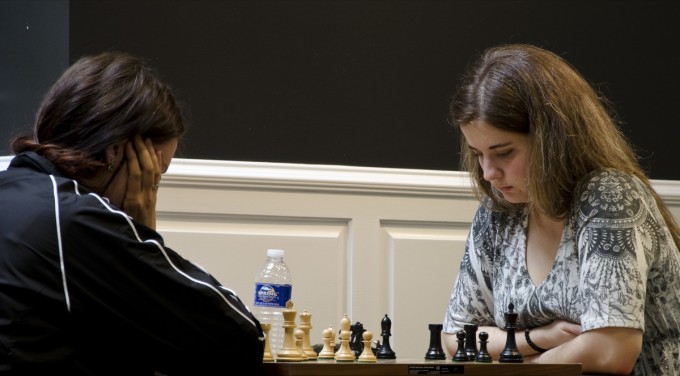 In game one, Zatonskih took Black and the women castled on opposite sides of the board. Zatonskih crippled Foisor’s pawn structure, and then entered a favorable rook-and-pawn ending to earn the win. Needing to win in round two, Foisor achieved an imbalanced position, but her kingside attack never materialized and Zatonskih’s pieces repulsed the invasion. Eventually Foisor resigned, handing the match to her opponent.

“I’m really tired,” Zatonskih said. “I didn’t expect to make it into the finals. I’m critical about myself.”

Zatonskih will now play Krush in the semifinals, while WGM Camilla Baginskaite and WFM Tatev Abrahyam will play in the other semifinal.

Besides Shankland-Kamsky, GMs Robert Hess and Yury Shulman will play head-to-head in the U.S. Championship. All semifinal matchups are two-game matches spread out over two days, with a possible tiebreak on the third day.

To follow all four semifinals games live, log on to www.uschesschamps.com at 2 p.m. local, 3 p.m. Eastern on Saturday.